For fans of young adult/teen books...

I want to give a huge shout out to Amber Stokes at Seasons of Humility for helping me celebrate this cover reveal and coming up with the cool graphic (above) to go along with the posts! So much fun. :)

Also, a thanks to all the blogger friends who are "trick-or-treating" with us this weekend!
And now... the covers!

I want to express a special thanks to Angela at Covered Creatively for your gorgeous original design for Songstone and for helping me brainstorm and create a unique coordinated look for the duology. And to Sherry at Swoon Worthy Book Covers for all the eye-catching original cover concept for Haunting Joy.

“A sweet and charming ghost story
that completely won me over.”
—Lena Coakley, Witchlanders

Joy’s new dress has a secret—one with a little supernatural history, one that’s a little more than she expected.

It all starts one ordinary afternoon, when seventeen-year-old Joy tries on some thrift-store clothes. The little white dress fits perfectly. Trouble is, now it won’t leave her alone. Soon Joy is swept up in an extraordinary journey to help a ghost complete some unfinished business.

If only that didn’t involve Joy driving through dangerous intersections...
Or calling up her high-school crush, Nick...
Or getting stuck in a cemetery after dark.

Just how much is Joy willing to risk to uncover the truth?

Joy’s story continues with another ghost, this time a boy who seems intent on disrupting her senior year…

A dark, twisty tale of sorcery, tummy-tingling romance, and adventure, inspired by the folklore of New Zealand's Māori people.

Kita can meld song into stone—a skill called “storytelling,” which is greatly honored in a world with no written word. But Kita is slave to a sorcerer who practices black magic using drops of her blood. She fears he’ll use her beautiful gift for a killing spell, so she conceals it. Yet each day, his magic tightens around her neck like a rope.

Then Pono, a young journeyman, arrives from the other side of the island. He’s come to fulfill a pact between their villages: to escort a storyteller back to his village. Finally, in Pono, Kita sees her one slim chance at freedom—and she’ll risk her life to take it. 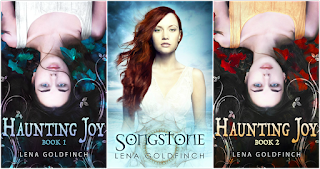 Note: This giveaway is open to US residents only and ends October 27, 2016.

The amazing Amber Stokes came up with this awesome PERSONALITY QUIZ to go along with my YA books...


Discover which hero from Lena’s YA books is your dream hero! Possible results include Nick from Haunting Joy, Pono from Songstone, Rundan from The Language of Souls, Jovanni from Aire, and Troy from Take a Picture.

Posted by Lena Goldfinch at 11:37 AM No comments: 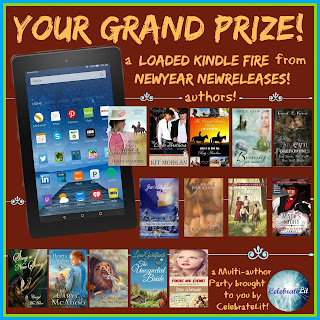